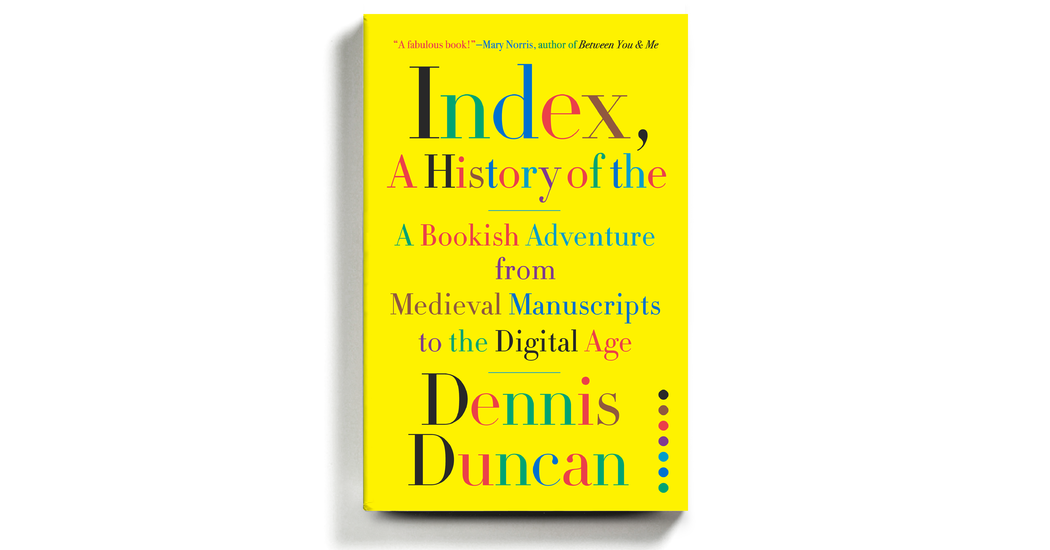 A clever and playful book on the underrated index

Duncan gives us several squabbles involving a cocked index finger. A notable example from the late 17th century was a pamphlet ridiculing a rival scholar with an index telling readers where they could learn more about “His blatant boredom”, “His pedantry”, “His collection of idiotic proverbs”. Another example was trickier – a professional indexer slipped some of his own Whig sympathies into the back of a book written by a staunch Tory, including a subtly worded reference to a savage Whig conspiracy theory involving a baby and a heating pan .

That Duncan brings these ancient and complex conflicts to life is a testament to his gifts as a writer – imaginative but also disciplined, elucidating dense, scholarly concepts with a light touch. It also includes examples of fictitious indexes in order to draw attention to the peculiarities of the form. (Duncan’s earlier books include one on the Oulipo, the vanguard group whose writers experimented with constraints, including indexes.) In J.G. Ballard’s story “The Index”, the final entry , beginning with Z, is necessarily the end of the narrative; the same goes for the index that provides the last line of Nabokov’s novel “Pale Fire” – “Zemblaa far northern land.

But part of what makes an index so useful is that its sequence is not at all aligned with the structure of the work it refers to. This incongruity, a split of content and form, is part of what caused so many twists in the hands: would readers of a dauntingly large book decide to skim only the simulacrum – the summary of the size of a bite offered by the index finger – instead of delving into the real thing?

Duncan finds analogous anxieties in our age of search – the suspicion that by making information easier to access, Google might actually be making us lazier and dumber, allowing us to slide along the shallows instead to force us to venture into the depths. Duncan is less worried. “It’s nerve-wracking, I think, to have some historical perspective,” he wrote. But he admits our digital search craze may have endangered something else: the art of the index, which traditionally bears the imprint of the human being compiling it.

“Index, A History of the” comes not with one index but with two. The first, partial, was created by commercial indexing software that spit out a “burst of entries”, including useless entries for “alas” and “all letters”. The second was compiled by Paula Clarke Bain, a professional indexer. I don’t want to give away anything (words I never thought I’d use about an index), except to say that its relationship to Duncan’s text is not only a guide but also a companion. Duncan wrote such a generous book, attentive to the varieties of the reading experience, that it’s only fitting that he gave Bain’s index finger room to flourish, a chance to come into its own.