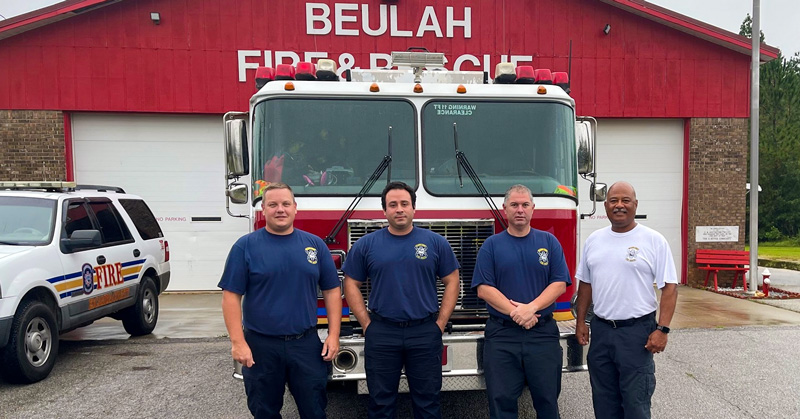 The paid team will provide staff at â€œStation 2â€ from 7 am to 4 pm Monday to Friday, providing cover during a period when most of the volunteer firefighters in Beulah are on the job. Volunteers will continue to intervene evenings and weekends.

â€œI am excited and happy for the community. We’ve been in a growing area for a long time, â€District 1 Commissioner Jeff Bergosh told NorthEscambia.com on Tuesday. â€œThere is a very strong volunteer staff in Beulah, but most of them have daytime jobs. “

Bergosh said he also looks forward to the upcoming construction of a new fire station for Beulah.

He said the design is complete and the construction project is expected to kick off in about four months for what will be a state-of-the-art facility. Although construction costs have increased in recent months, construction of the station is currently estimated at between $ 4 million and $ 4.5 million.

The Century station at Escambia Fire Rescue also has a team of paid firefighters on duty from 7 a.m. to 4 p.m., Monday to Friday.

Lieutenant Jacob Meligan (photo on the far left) is also a certified paramedic in Florida. As the leader of the company, he is responsible for the day-to-day operations and the staff assigned to it. Meligan began as a volunteer with ECFR and was recently promoted to the rank of lieutenant with 13 years of service.

Firefighter Michael Rozo (middle photo) has worked in the ministry for over two years.

Firefighter Chris French (second from right) is a Certified EMT in Florida and serves as the Device Driver / Operator. He started as an ECFR volunteer and now has nearly 22 years of service.

Deputy District Chief Yoshimi Core (far right) has spent time this week helping the crew acclimate to their new mission. Core has spent all of his time at Escambia Fire Rescue at the Beulah Fire Station.