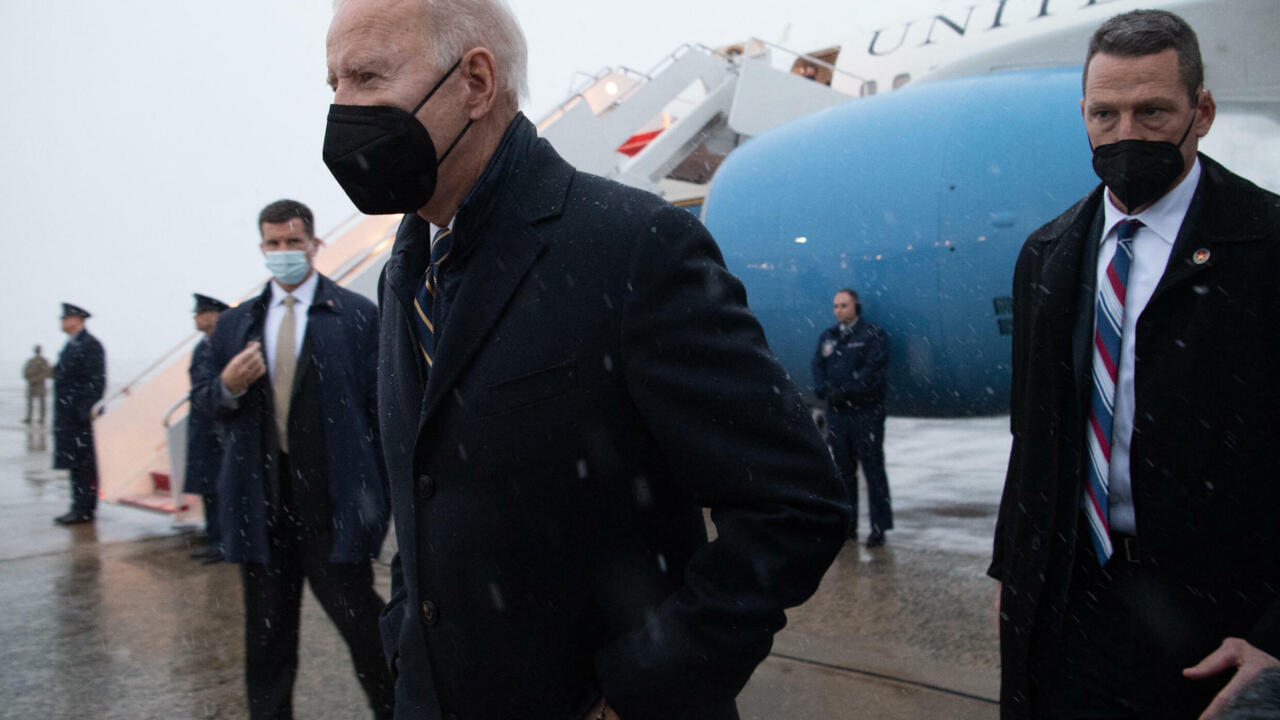 US President Joe Biden on Friday sought to keep up the pressure on Russian leader Vladimir Putin over Ukraine, announcing a small troop deployment to Eastern Europe even as senior Pentagon officials backed a new push. diplomacy.

As President Volodymyr Zelensky urged Western leaders to avoid creating “panic” over the massive buildup of Russian troops on his country’s borders, Putin and French President Emmanuel Macron agreed on the need for de-escalation.

Neither Putin nor his Western counterparts had so far seemed ready to give ground in the weeks-long crisis, the worst in decades in the region between Russia and Western Europe.

But according to a Macron aide, Putin told the French leader in a call lasting more than an hour that he had “no offensive plans”.

In Washington, however, Biden said he would soon send a small number of US troops – “not too many” – to bolster NATO’s presence in Eastern Europe as tensions remain high.

The United States already has tens of thousands of troops stationed in most Western European countries.

At the Pentagon, senior officials have urged an emphasis on diplomacy while saying Russia now has enough troops and equipment to threaten all of Ukraine.

Such a conflict, warned the US general-in-chief, Chairman of the Joint Chiefs of Staff Mark Milley, would be “horrendous” for both sides.

“If it were unleashed against Ukraine, it would be big, very big, and it would result in a significant number of casualties,” Milley said.

“It would be horrible, it will be terrible,” he said.

But speaking alongside Milley, Defense Secretary Lloyd Austin said war in Ukraine could still be avoided.

“Conflict is not inevitable. There is still time and space for diplomacy,” Austin said.

“Mr. Putin can also do the right thing,” Austin said. “There is no reason for this situation to escalate into conflict. He can choose to defuse. He can order his troops to leave.

In his talks with Macron, Putin “did not express any offensive plans and said he wanted to continue talks with France and our allies,” the French president’s aide said.

Their conversation “allowed us to agree on the need for de-escalation,” the aide told reporters. Putin “made it very clear that he did not want a confrontation”.

Since October, Russia has mustered more than 100,000 troops and combat equipment, as well as support forces, along its border with Ukraine and more recently in Belarus, which borders Ukraine to the north.

Western officials say Russia has also marshalled more air and sea assets in the region, creating a complex threat not seen since the Cold War.

Moscow demanded far-reaching security guarantees from the West, including that Ukraine never be allowed to join NATO.

These demands have been the subject of intensive negotiations, with the West warning of far-reaching consequences if diplomacy fails and Russia attacks.

“There are signals even from respected heads of state, they just say that tomorrow there will be war. It’s panic – how much is it costing our state? ” He asked.

In talks with Macron, the Ukrainian leader called for more meetings and discussions “as long as a climate conducive to dialogue exists”.

Putin also made it clear to Macron that the West’s written responses to his demands this week had failed to meet Russia’s expectations, the Kremlin said.

“The responses of the United States and NATO failed to take into account Russia’s fundamental concerns, including preventing NATO expansion,” Putin said, according to the appeal’s reading. Kremlin.

He added that the West had ignored the “key question” that no country should strengthen its security at the expense of others, adding that Russia would “study carefully” the answers, “after which it will decide on further actions”.

Russia has also demanded a withdrawal of NATO forces deployed in Eastern European and ex-Soviet countries that joined the alliance after the Cold War.

A sign of lingering tensions, Russia announced on Friday evening that it had added several European officials to a list of people banned from entering the country, accusing them of being responsible for “anti-Russian policies”.

The Putin-Macron phone call followed talks in Paris this week between Russia and Ukraine, with France and Germany alongside, which produced a joint statement to maintain a ceasefire in the eastern Ukraine between government forces and pro-Moscow separatists.

They also agreed to hold further talks in Berlin in February.

“Given the results of the meeting” in Paris, the Kremlin said, “the mood for further work by Russia and France in this format has been confirmed.”

Along with diplomacy, the West has heightened its threats of a tough response to an invasion.

Washington and Berlin have warned that the Nord Stream 2 gas pipeline, designed to double Germany’s supply of Russian natural gas, is at stake.

Milley said Russia itself would be hurt by war.

“If Russia chooses to invade Ukraine, it will not be free, in terms of casualties or other significant effects,” he said.