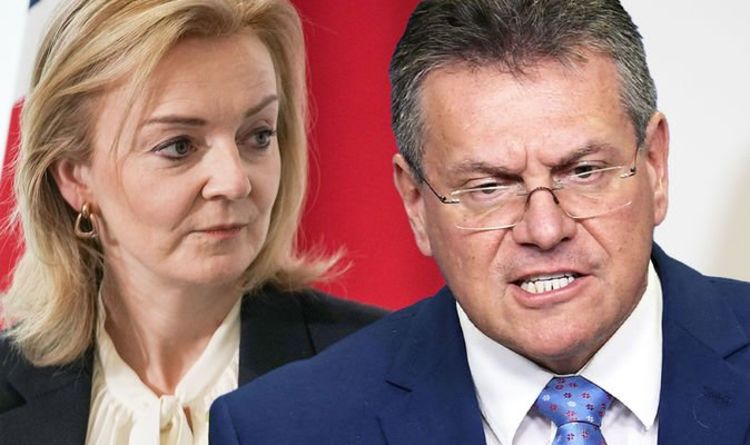 The UK has “broken great trust” with the bloc over the Northern Ireland protocol, the EU’s chief negotiator said.

However, he added that he was convinced that a compromise can still be found between the two parties, although he said it would not be easy.

Mr Sefcovic warned that although he was “pragmatic” about Foreign Secretary Liz Truss taking on the role of Brexit negotiator after Lord Frost’s shocking resignation earlier in December, if Ms Truss were to trigger the Article 16, this would jeopardize the “foundation of the whole agreement”.

Mr. Sefcovic said of the threat to trigger Article 16: “

â€œIt’s a very distracting element in the discussions. You’re trying to achieve something together and – bam – there is the threat of Article 16 again.

“This touches on the fundamentals of our relationship.

“The Northern Ireland protocol was the most complicated part of the Brexit negotiations, and it is the foundation of the whole deal. Without the protocol, the whole system will collapse. We have to prevent this at all costs. . “

He added: “London has broken a lot of trust, which we have to rebuild first. But I think we can find a compromise.

“The EU and the UK are strategic partners – and they should treat each other as such.”