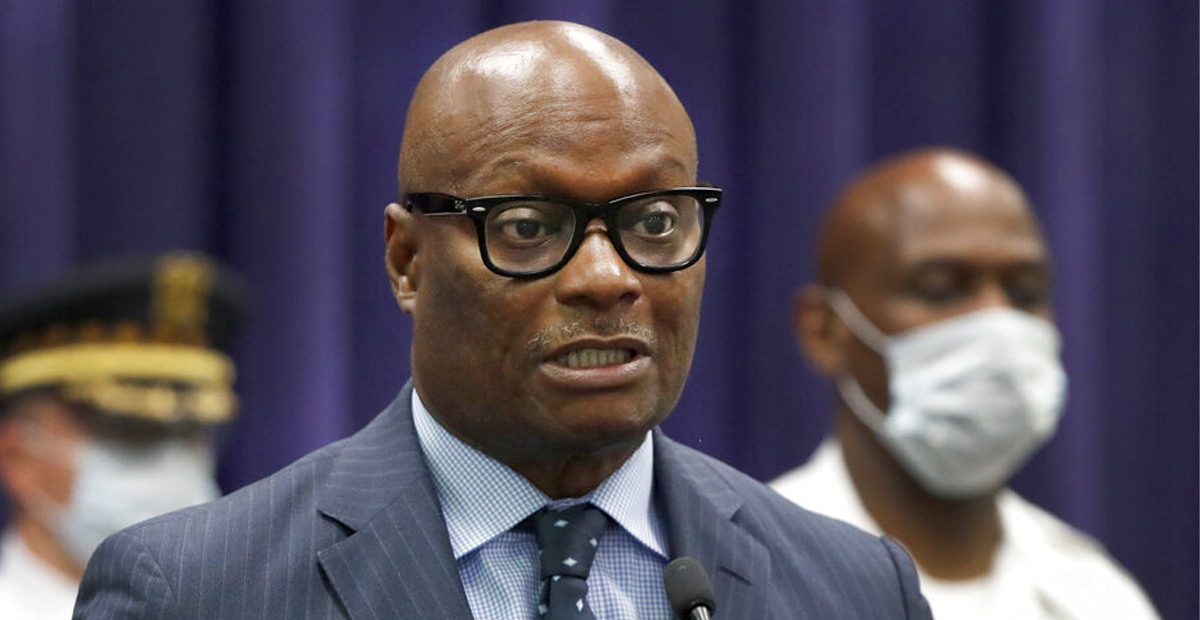 Chicago police have recorded 25 other shootings, including four murders, over the past weekend alone, as the city’s police superintendent and others testified Monday before a Senate committee on gun violence.

From 6:00 p.m. Friday to 11:59 p.m. Sunday, there were 25 shootings involving 27 victims. Four murders were reported to police during this period.

Senator Dick Durbin, D-Ill., Instead of meeting in Washington, DC, chaired a Senate Judiciary Committee in Chicago on Monday on “Combating Arms Trafficking and Reducing Violence.”

The superintendent noted that the gun used to kill the French was obtained illegally through the purchase of straw. If convicted, that straw buyer faces no minimum sentence, Brown said.

Durbin admitted that more than 4,000 Chicagoans have been shot this year. In Cook County, there have been over 1,000 homicides this year.

In June, the Biden administration created a Chicago Department of Justice Firearms Trafficking Response Force under the leadership of U.S. Attorney John Lausch.

Among the homicide victims this weekend was a 40-year-old man found around 3:37 p.m. Sunday near the passageway of a residence in the 4th arrondissement with several gunshot wounds to the body. He was pronounced dead on the spot and no offenders have been taken into custody as detectives continue to investigate.

On Saturday, a male victim was struck on the head by two men armed with blunt objects. He was taken to Christ Hospital in critical condition and was later pronounced dead. Another homicide occurred in block 300 of W 119th St. involving a 44-year-old man who was shot in the back. The victim was seated in a vehicle when two unknown men approached, pulled the handle on his passenger side door, and an assailant pulled into the vehicle, hitting the victim.

The two offenders fled and no one was immediately taken into custody. The victim was transported to Christ Hospital in critical condition and died of his injuries.

The first homicide of the weekend occurred in the 14th arrondissement at around 3:25 a.m. on Saturday, when a 26-year-old man was shot in the head while standing on the porch of the house of a friend.

The victim was discovered by his friend who heard gunshots, police said. The victim was transported to Mount Sinai hospital, where he was pronounced dead.

Among the non-fatal shots on Sunday alone, a 44-year-old man was walking in the 22nd arrondissement when an unidentified black suspect fired shots and hit him in the leg.

A 31-year-old man was driving in the 17th arrondissement when an unknown occupant of a passing black SUV fired, hitting him in the abdomen and arm.

A 27-year-old man suffered multiple gunshot wounds to the body at a gas station in the 10th arrondissement at around 9:15 a.m. when two unknown offenders approached him and fired multiple times, police said. Another male victim, 47, was driving in the 11th arrondissement when someone pulled over in a dark-colored sedan and started pulling in his direction. He was shot in the left shoulder and neck.

Also in the 3rd arrondissement on Sunday, a 29-year-old man was walking outside at around 1:07 am when he heard several gunshots, felt pain and realized that he had been hit in the leg. He was taken to hospital with no one in custody for the crime.

Covid-19: PM suggests date for reopening borders could be compromised due to Omicron

What to do if your travel plans are disrupted by Omicron