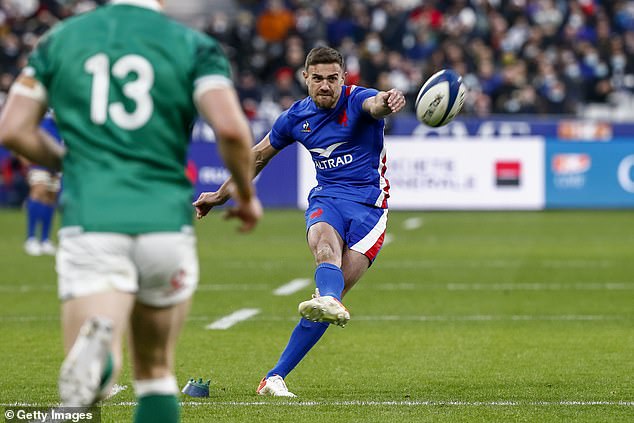 CHRIS FOY: Melvyn Jaminet could send France to the Grand Slam and Biggar is a true Wales icon

CHRIS FOY: Melvyn Jaminet could send France to the Grand Slam, Biggar is a true Wales icon and Scotland’s premature title talk is crushed… plus my team of the weekend

By Chris Foy for the Daily Mail

After each Six Nations weekend, sports mail rugby correspondent Chris Foy will summarize the main talking points and name his team of the weekend.

Jaminet has the golden boot

France has a Grand Slam in it. Their threats are growing. Melvyn Jaminet’s goal kick gave them another deadly weapon and Fabien Galthie’s side deployed their own ‘bomb squad’ against Ireland to regain dominance up front.

If the big beast’s stampede doesn’t work, Damian Penaud can dance around opponents within a meter of space. Ask Hugo Keenan if he’s not filming yet.

Biggar a talisman from Wales

It was heartwarming to hear the crowd cheering Dan Biggar after coaching Wales to victory over Scotland, as he hasn’t always had the admiration he deserves.

What a figure he became – Test centurion, Test Lion, national captain and ultra-competitive talisman. He’s even mastered the art of pre-match mind games, suggesting a future in training awaits him. Wales need him more than ever.

Scottish expectations were out of control ahead of their clash with Wales. There was much talk north of the border of a title challenge, only for the old curse of days away to strike again.

It is now 20 years since they won in Cardiff and the latest defeat there revealed the hype had been overdone, after Gregor Townsend’s side snatched victory over England. The middle of the table beckons.

Returning this tournament to a noisy and colorful normality has been a delight. Traveling fans gave the event its heart and soul.

The impact may be lost in London and Paris, but Cardiff was buzzing with an influx of Scots and several thousand England fans defying red tape to visit Rome. Good riddance to the empty occasions of the past two years.

Italy could become a Six Nations force in the near future, judging by a seismic result on Friday as their Under-20s secured a 6-0 victory over England – who won a Grand Slam the last year – in Treviso.

Captain Giacomo Ferrari said: “This is just the start. Something is going to start here now. Let’s hope that the potential and confidence of Italy’s youth will soon translate into progress among the seniors.

As Italy’s senior side struggle, they could have hope for the future in their Under-20 squad

Ireland’s overreliance on Johnny Sexton has been a concern for several years, but on Saturday his leadership was sorely lacking. Some questionable decision-making in the final stages exposed the problem.

James Ryan is a first-class lock, but he is unconvincing as a substitute skipper. Iain Henderson is a more natural leader, but he doesn’t start. It’s a tricky problem for Andy Farrell.