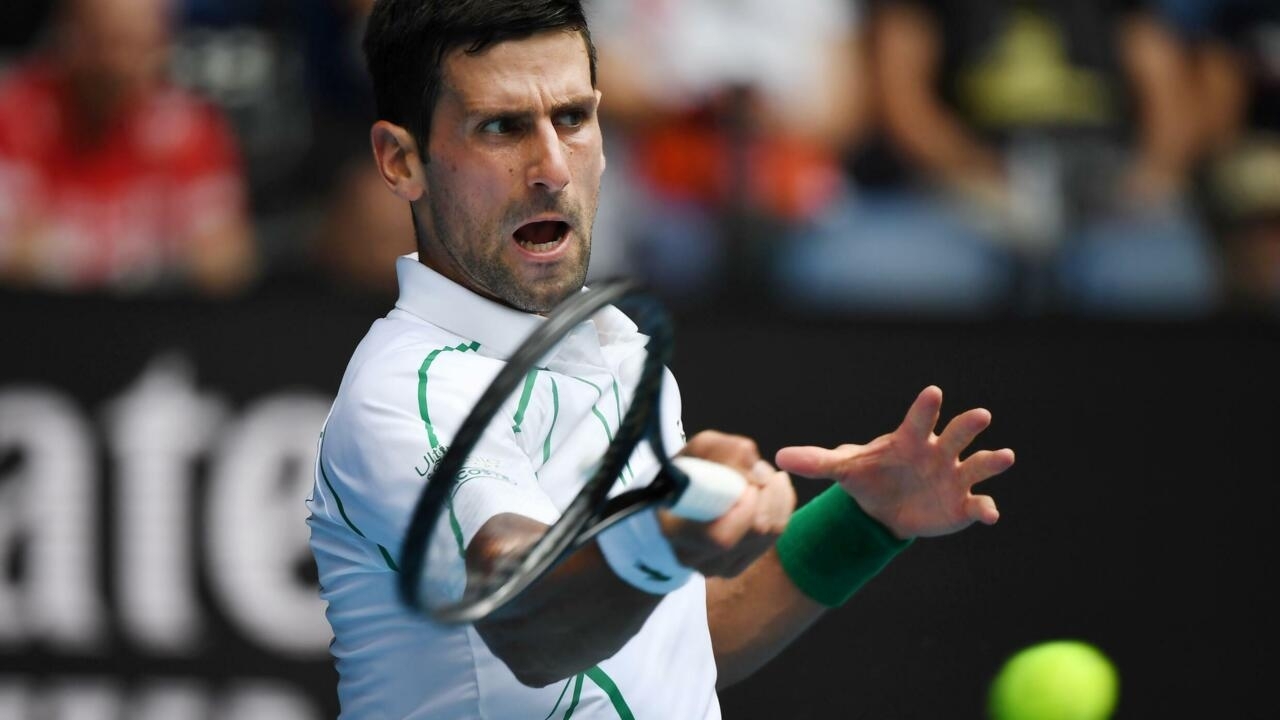 Belgrade (AFP) – Novak Djokovic, whose lawyers said on Saturday he was granted a vaccine exemption at the Australian Open for Covid-19 for testing positive on December 16, was at a young players event in Belgrade the next day, without a mask.

In a file in federal court seeking to overturn the cancellation of his entry visa, his lawyers said that “the date of the first positive PCR Covid test has been recorded on December 16, 2021”.

The Belgrade Tennis Federation, in a Facebook post after the ceremony on December 17, reported that Djokovic handed out cups and awards to the best young players in 2021.

The event, which was held at the Novak tennis center in the Serbian capital, brought together only the winners “due to epidemiological measures linked to the coronavirus pandemic”, the federation’s statement said.

He was accompanied by several photos of Djokovic, posing with federation officials and around 20 young players holding cups and awards.

No one wore a mask.

During the ceremony, the president of the federation, Milan Slavkovic, presented Djokovic with an Orthodox icon for “all he has done for tennis and sport in general, for all the achievements and the generosity he achieves every day on the planet, “the statement read.

The event was widely reported in the Serbian media.

Djokovic attended another rally on December 16, when Serbia’s national postal service paid tribute to him with a series of stamps depicting him and his athletic achievements.

He posted a photo of the ceremony on Instagram on December 17.

Australian border officials tore up Djokovic’s entry visa for failing to meet the country’s stringent Covid-19 vaccine requirements when he landed in Melbourne on Wednesday.

The 34-year-old Serb, who is skeptical of vaccines, has been taken to a Melbourne detention center.

His appeal will be heard in court on Monday.

The world number one has also requested to be moved to a facility where he can train for the Australian Open, his lawyers said.

Djokovic will hear his appeal in court on Monday.

Foreigners are still mostly banned from traveling to Australia, and those allowed to enter must be fully vaccinated or have medical exemption.