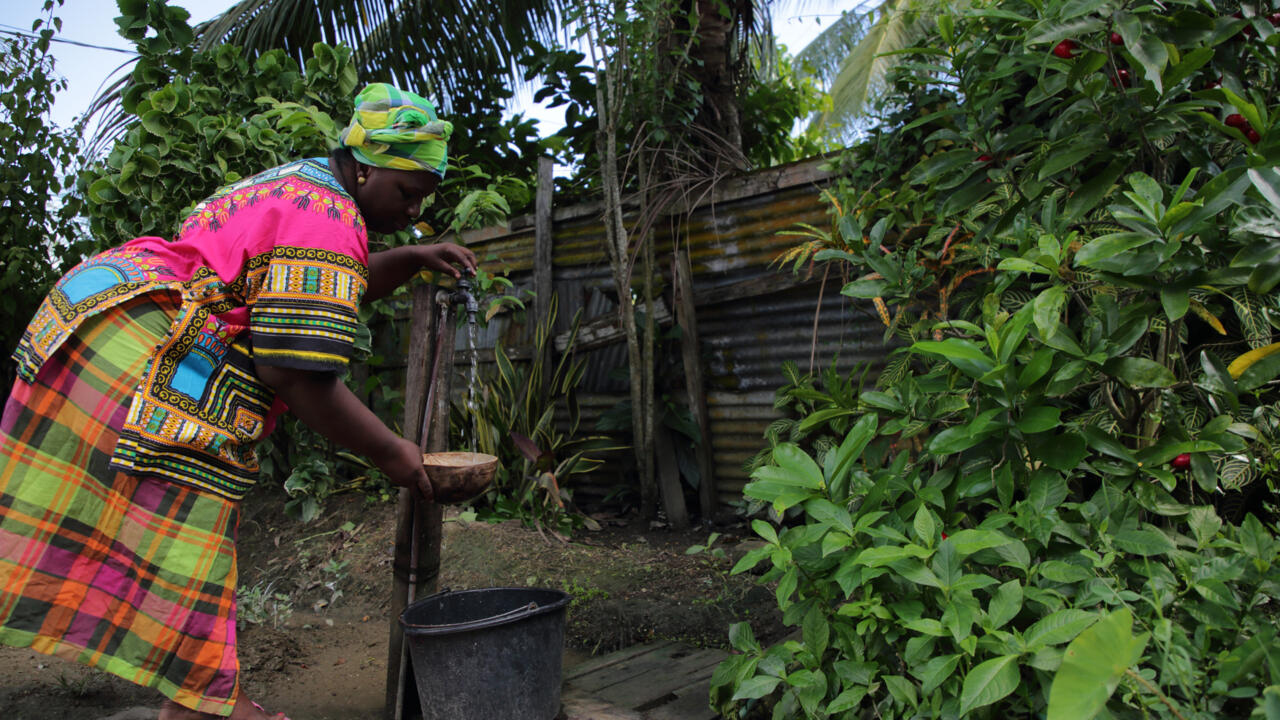 Brokopondo (Suriname) (AFP) – A boat winds between the tin roofs of houses in Baling Sula, one of several villages in central Suriname hit by devastating floods.

Heavy rains since January have caused rivers to burst their banks in the tiny South American nation, forcing the state energy company, Staatsolie Power Company Suriname, to open the scuppers of a hydroelectric plant in early March to avert yet another disaster. worse.

This, in turn, led to the flooding of several villages in the district of Brokopondo, about 100 kilometers south of the capital Paramaribo.

The waters have yet to recede.

More than 3,000 homes in seven districts were affected, but also businesses, farms and schools.

Recently, 48-year-old Elsy Poeketie, who fled to the capital to stay with her daughter, showed her granddaughter photos and videos of her hotel, the Bonanza River resort which until he three months ago had a nice sandy beach, cabins and an outdoor recreation room.

“Now everything is flooded, in places two to three meters high. No beach, just water everywhere you look,” she sighed.

“It really hurts me and stresses me out. Where am I going to find the money to renovate?”

In the flooded village of Asigron, Patricia Menig took in her brother, while their sister lives with an aunt after both of their houses were submerged.

“The water started to rise on April 12 and within a week their house filled with water, four or five meters high,” she told AFP by telephone.

And Menig lost all the crops from her 1.5 hectare farm plot, leaving her with no income.

“Many of us are now dependent on government assistance,” she said.

Waiting for the dry season

Last month, Suriname’s President Chan Santokhi declared seven of the country’s 10 districts to be disaster areas and asked for help from international partners.

China donated $50,000 on Tuesday and the Netherlands, the former colonial power in Suriname, pledged 200,000 euros through UNICEF.

Neighboring Venezuela, which has been ravaged by years of economic crisis, has nevertheless delivered 40,000 tonnes of goods, including food and medicine, and distribution will begin this week.

The dry season is not expected before August and the authorities have offered to evacuate the area. But many residents have chosen to stay, with the government providing them with short-term shelter.

Remote villages in the interior have been cut off from road transport and are only accessible by boat or helicopter, making relief distribution even more difficult, according to Colonel Jerry Slijngard of the National Disaster Management Coordination Center (NCCR).

A flight from Paramaribo to Kwamalasamutu, an indigenous village near the Brazilian border, costs around $3,900.

“Per flight, I can only bring 40 food parcels and there are 400 households,” Slijngard said.

“I need money, not food”

Some former villagers now living in the capital have set up an education project to help children who cannot go to school, thanks to funding from a Canadian mining company that is looking for gold in the region.

The project produces online videos in Dutch and in the native languages ​​Aucan and Saramaccan.

They also provide USB sticks for those without internet access.

The flooding created other problems, including a mosquito infestation.

And along the border with French Guiana, indigenous Wayana villages that weren’t flooded still lost 60% of their crops, after heavy rains soaked the ground, causing vegetables to rot, Jupta said. Itoewaki of the Wayana Mulokot Kawemhakan Foundation, an advocacy group. .

Some residents of Brokopondo complain that they are not getting the help they need.

From now on, he sees no other solution than to move.

“Climate change is a fact. Rains and floods will come. Renovating after the floods is not an option. I have to move to higher ground.”

‘My favorite place in the world’: readers’ favorite beaches in Spain | Holidays in Spain