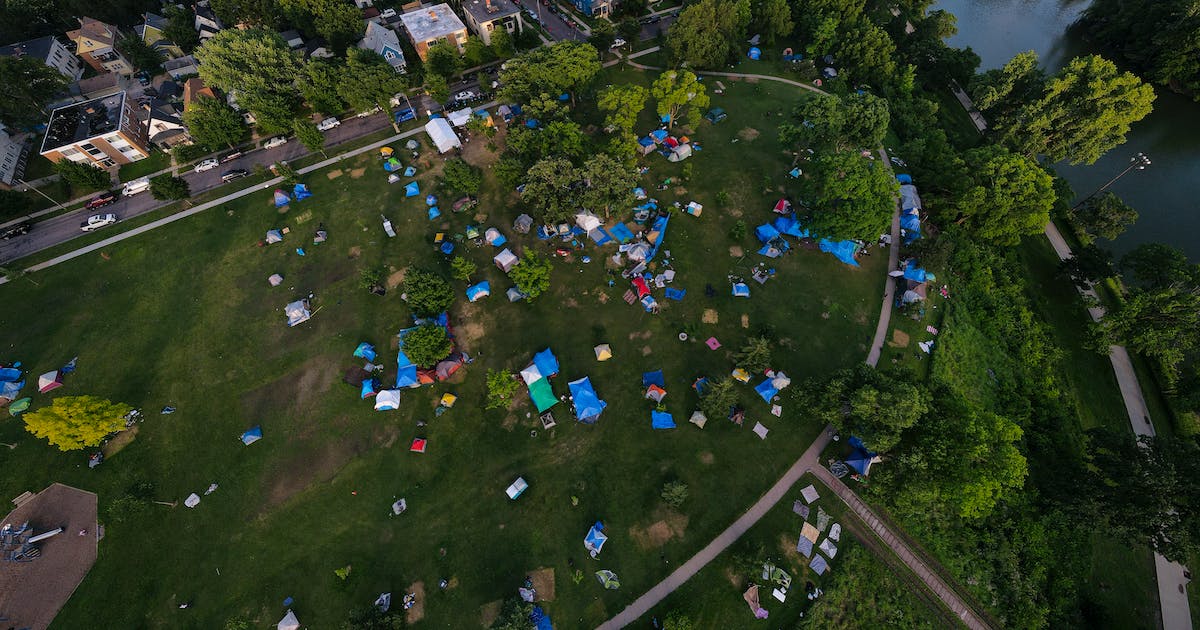 Minneapolis voters will have their first chance to choose a new park board after members invited large homeless encampments to parks last summer, to revoke the sanctuary a month after dangerous conditions have aroused condemnation from neighbors.

The saga has been the subject of legal action by those who supported the encampments, such as the American Civil Liberties Union, as well as those who opposed it, including the Friends of Minneapolis Parks. The park council has spent $ 1 million to date for costs associated with encampments and lawsuits.

Four of the nine commissioners – former park board chair Brad Bourn, Chris Meyer, Kale Severson and vice president LaTrisha Vetaw – are not seeking re-election. A list of challengers denounced the board of directors as dysfunctional, calling for refocusing park resources around its primary mission of environmental stewardship and recreation for all.

In a forum this month, the Powderhorn Park Neighborhood Association asked applicants how they would run the camps in the future.

Becky Alper, the only District 3 candidate present, said the council lacks the capacity to provide decent housing for the homeless. “Families with children don’t want to be in parks where they might encounter needles,” she said.

The incumbent of District 3 AK Hassan, who has the weakest meeting presence of all the commissioners, did not participate. The challenger Mohamoud Hassan either.

Five of the seven contenders for the three city-wide seats also said they would not repeat last summer’s camping experience.

“I have learned the pain of this problem too well,” said incumbent Meg Forney. “In Powderhorn, there was a 14-year-old girl who was raped.

But incumbent Londel French and Tom Olsen, communications specialist for the Minnesota House DFL, said they would welcome camps again in times of crisis.

“We have a responsibility, as the largest landlord in the city of Minneapolis… to stand up for people who have no housing right now,” French said, echoing Olsen’s pledge to provide space. in parks as a “stopper”.

Several challengers have said they are running to reverse the perception that an overly politicized park board is trying to take on more social responsibilities than it has the skills to perform them well.

Among them was District 2 candidate Becka Thompson, one of 26 residents of northern Minneapolis who recently wrote a letter imploring Gov. Tim Walz to deploy the National Guard to tackle gun violence in the neighborhood.

Thompson is a cousin of DFL-endorsed park board chairman Jono Cowgill. She said her policy is very different from Cowgill’s. She “faced” him about her decisions, but they still managed to get beers afterwards, she said.

Cowgill defends his seat in District 4 against Elizabeth Shaffer, president of Friends of Thomas Lowry Park.

Breaking away from the moral debates that have dominated Park Board politics in recent years, the League of Women Voters demand This year’s nominees their understanding of the Comprehensive Parks for All Plan, the Racial Equity Strategic Action Plan and the 20-Year Neighborhood Park Plan to assess their competence in the ongoing logistical work of park staff.

In a forum for the much-watched District 6 race to replace Bourn, candidates Cathy Abene, Bob Fine, Risa Hustad and Barb Schlaefer fought over their solutions for longtime user complaints, including the dilapidated system.

Hustad, a bicycle advocate who wants to study the means of transportation people use to get to parks, berated the agency for not replacing any of the trees uprooted by the 2011 tornado in north Minneapolis. “You can look at the satellite images from yesterday and see that the urban canopy remained absent in the areas where the tornado passed through,” she said.

Park staff replanted all the trees in the boulevard and park destroyed by the tornado, according to park communications staff, although it will take years for new plantings to develop.

The Park Board and Metropolitan Council also polled Minneapolis residents on how they got to parks in 2019 and 2021. The Parks Survey found that 74% of respondents walked.

Fine, a 16-year-old former park commissioner and multi-sport youth trainer for several decades, said he had seen “this real, constant decline in recreation”, especially since he left the board in late 2013.

The number of park users who attended walk-in and registered recreation programs nearly doubled from 2016 to 2019, before COVID-19 restrictions went into effect, according to staff.

Abene, a civil engineer, complained that the parks asset management system was “30 to 40 years behind the state of the art” because it did not include parkway repairs in its plans. improvement of fixed assets. Schlaefer, a former communications specialist, said: “It’s amazing that the Park Council doesn’t seem to have a maintenance plan. … We can just look around and see. “

Minneapolis Public Works, not the Park Board, is responsible for paving the promenade. The city chooses the sections to be paved based on its 20-year street financing plan.

extensive capital improvement program informed by a racial equity matrix guides the rehabilitation of the park’s infrastructure with a focus on historically marginalized parts of the city, meaning that projects in richer areas must wait their turn for the public money. The Asset Management department has a budget of $ 30.6 million and 200 full-time employees.

Schlaefer acknowledged that some of the responses candidates gave under pressure at the forum compromised the intricacies of operating a massive fleet system. “I know all funding is hard to come by, but sometimes… there is so much enthusiasm around the new equipment or asset that those long term costs don’t always come into the budget,” a- she declared.