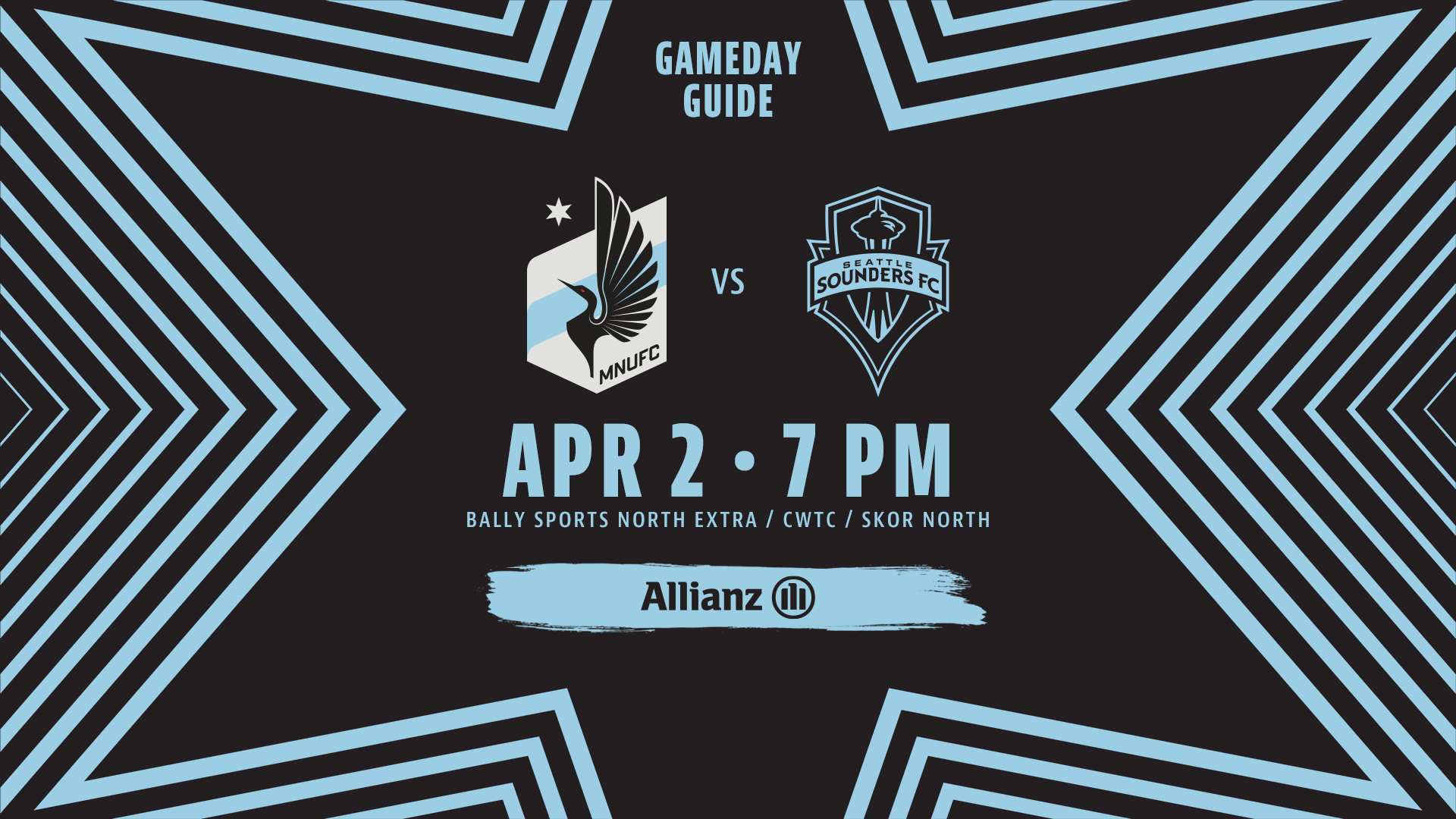 The Loons are back from the international break and are ready to head into a clash against the Seattle Sounders at home this Saturday night. In the 10 times the MNUFC and the Seattle Sounders have met in MLS, the Loons have only been able to beat the Sounders once. The monumental win came last year on July 18 thanks to an 81st-minute Robin Lod goal to seal a 1-0 win over the Emerald City boys. Currently, the Sounders are ranked 11th in the West with one win, two losses and just one draw to their name. MNUFC, on the other hand, maintains one of the few remaining undefeated records in the league with two wins and two draws, earning them 3rd place in the West. Can the Loons maintain their unbeaten record and take their number of wins against the Sounders to two? Or will the Sounders come to St. Paul and continue to beat the Loons like they’ve done in the past? Only time will tell, but one thing is certain: Saturday’s game will be one for the books.

Be sure to stop by the Lawn Layover, presented by Sun Country, for pre-game fun and festivities. The party begins at 5:00 p.m. CT and will include a giveaway of Star Tribune MNUFC merch for new subscribers and a meet and greet with Team USA cross-country skier, Olympic gold medalist and St. Paul native Jessie Diggins. . Jessie will be at the Lawn Layover from 6:15-6:30 CT at the Allianz tent, so be sure to get to the game early!

Can non-residents acquire mortgage loans when purchasing property in France?

Money-saving tips to avoid breaking the bank while on vacation