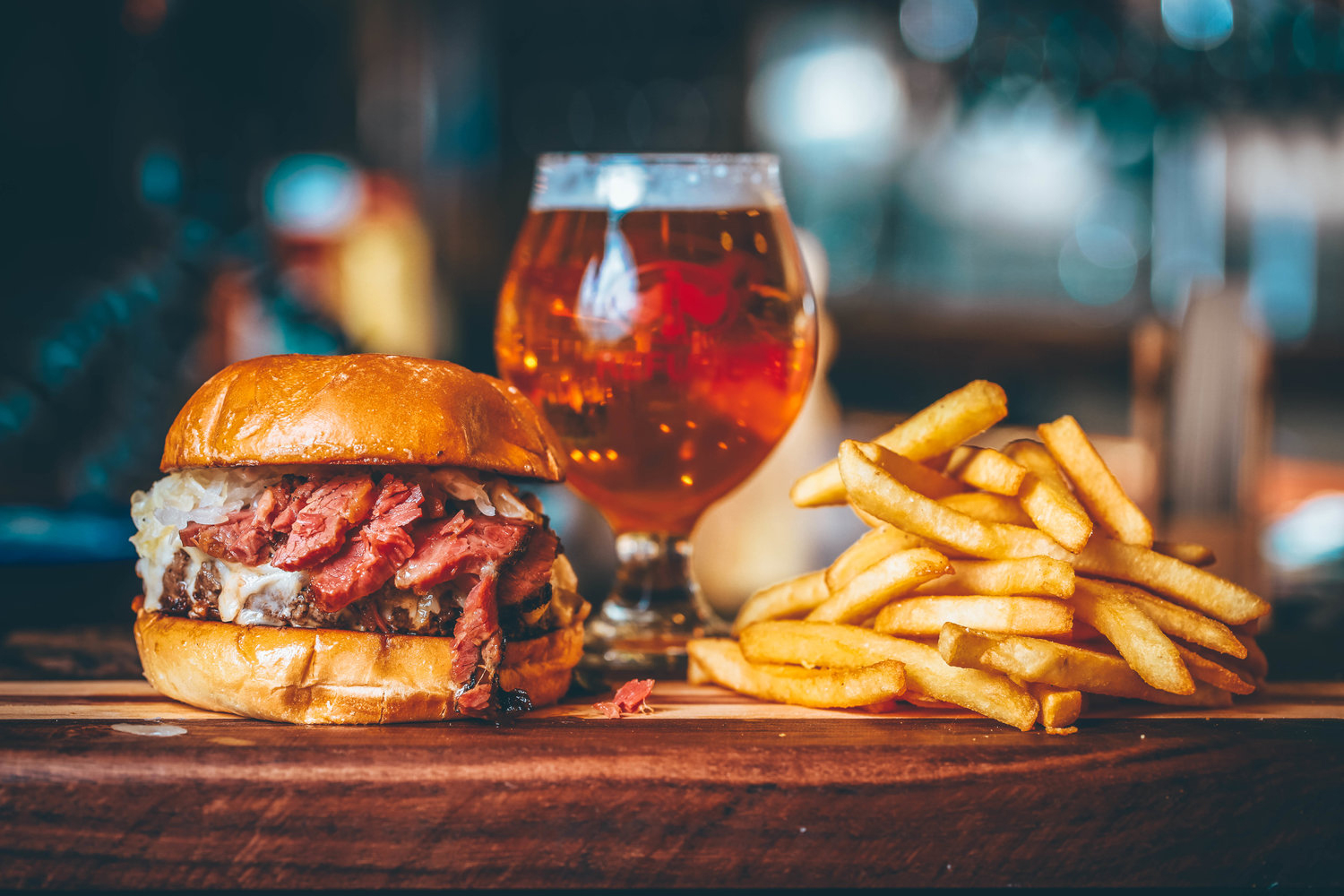 To support our local culinary scene, Peninsula Restaurant Week is back for its second year, May 13-21, with special dishes from favorite local restaurants. For the final story in our Q&A series with participating restaurants, we caught up with The Refuge, which has locations in Menlo Park, San Carlos, and San Mateo.

The Refuge aims to serve the best of Belgium, New York and Philadelphia with its extensive beer list, hand-sliced ​​pastrami sandwiches and gooey cheese steaks. Led by the husband and wife team of Matt Levin and Melanie Roth with Executive Chef Michael Greuel, The Refuge reflects Levin’s passion for pastrami. The menu is unexpectedly inspired by the starred cuisines of Paris as well as New York. The first Refuge site opened in San Carlos in 2008, followed by Menlo Park in 2013 and Hillsdale Mall in 2021.

Wondering how French haute cuisine influenced The Refuge and how they make pastrami they’re ready to take on titans like Katz and Langer? We spoke with Levin to find out more.

This conversation has been edited for clarity and conciseness.

Peninsula Foodist: It was a bit surprising to see on your website that The Refuge’s roots were strongly tied to French cuisine and your dining experiences in France. Could you tell me a bit more about that?

Matt Levin: It’s a good question. It doesn’t seem to make sense. I grew up Jewish, I’m still observant. But at the time, especially in the 90s, I was a Francophile. I had been to France before and was just transfixed. I couldn’t believe people cooked like that.

Also, I went to New Orleans and ate at K-Paulis back when Paul Prudhomme was still alive. (Like The Refuge) it was a first come, first served type of place. I really fell for New Orleans style cooking. I bought “Louisiana Cookery” by Paul Prudhomme and did everything. It’s a perfect cookbook. I learned a lot about French cuisine through this lens.

My wife worked for a French company, and she was transferred to France. I worked in Michelin starred restaurants and learned French. The problem with these kitchens is that they are very militaristic, they are tough. You can not be wrong. The chives should be about half a millimeter. And then if we arrive on the edge of the plate, we have to tackle again.

It’s about people, and it’s about me. And I didn’t eat that type of food. I ate duck confit, a lot of charcuterie, but I’ve never tasted anything as good as very good pastrami. And I’m like, “Why don’t they have that? It’s very similar. It’s a deli.”

When I came back to the States, I thought there was a place there for the casual connoisseur. This is how The Refuge was born. There is actually (a restaurant named) Le Refuge in France. It was such a cool name, as a restaurant (becomes a hideaway) over the years.

Peninsula Foodist: Could you tell us a bit more about the process of making pastrami?

Matt Levin: The process begins with the cutting of meat. We use the beef plate, which comes from beef brisket. We use the heart of the navel. There’s this little corner that’s perfectly marbled. It’s very hard to get right now. It is used a lot for the hot pot.

It’s all in the brine. What sets ours apart is the freshness of the spices. For garlic, you can use different types of sugars: brown, cane, beet to add different dimensions, not just sweetness.

After three to five days, it is rubbed with coriander and black pepper, it is traditional. We collect all the drips, we make what Guy Fieri (who featured The Refuge in “Diners, Drive-Ins & Dives”) called a lacquer and after we cut, we dip the meat back into it. We put very little smoke on it. that, you don’t want to be like Texas barbecue. The rest of the game is steamed until tender.

Peninsula Foodist: People have strong opinions about their regional dishes like pastrami and cheesesteaks. Have you ever felt any kind of pressure doing them?

Matt Levin: Yeah, I would never have put pastrami on the menu if I didn’t think it could compete with the big boys.

I love when people can have a lively discussion about food. People should be passionate about their regional foods since many of them don’t travel to the west coast. I’m protecting the East Coast here, it’s safe in (The Refuge). I try to do things as authentically as possible.

Peninsula Foodist: Anything else you would like diners coming for Restaurant Week to know?

Matt Levin: I made the pastrami combo (half a pastrami sandwich, fries and a beer) our special because I don’t think the pastrami market is saturated yet. There are still people who come who have never eaten pastrami. I want guests to be open to a glimpse of what the Refuge has to offer.

You really have to travel to get the products we serve. It is the eclectic restaurant par excellence even if we use a classic technique. You have the opportunity to try all these things in their authentic state in one place: Belgian beers, pastrami, homemade burgers and cheesesteaks. The meat we use for pastrami is not cheaper, but it is worth keeping.

Enter to win up to $850 in gift cards to local restaurants! To visit peninsularestaurantweek.com/about for more details.

Dive into food news. Follow the Peninsula Foodist on Instagram @peninsulafoodist and Subscribe to the newsletter for insight into the latest openings and closings, find out what the Foodist is excited to eat, read exclusive interviews and follow trends affecting local restaurants.

This story originally appeared on TheSixFifty.com, a sister publication to Palo Alto Online, covering what to eat, see, and do in Silicon Valley.