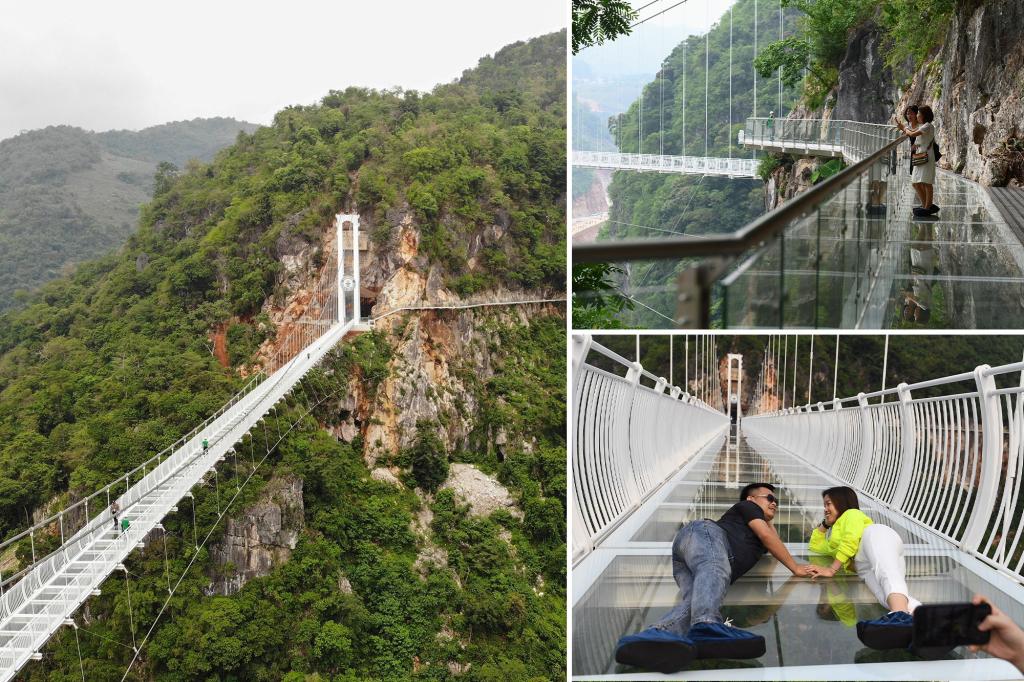 A huge glass bridge claiming to be the longest in the world has opened 0- but that’s only for the brave.

The bridge floor is made of French-made tempered glass, which makes it strong enough to support up to 450 people at a time.

The glass floor also allows tourists to have an unobstructed view of the landscape while braving the spooky walk.

“By standing on the bridge, travelers will be able to admire the beauty of nature,” said Hoang Manh Duy, a representative of the bridge operator.

Bach Long is the third glass bridge in Vietnam. Local Bui Van Thach said he hoped it would encourage more tourists to visit the area.

Guinness World Records officials are expected to verify this claim next month.

The company claims it is the longest glass-bottom bridge in the world, surpassing the 526m (1,726ft) structure in Guangdong, China.

Vietnamese tourism chiefs are seeking to attract visitors after two years of COVID-19 shutdowns that have kept virtually all foreign travelers out.

If you fancy trying it, you’ll be pleased to hear that Vietnam is open to Brits.

The country has ended quarantine for international visitors and resumed 15 days of visa-free travel for British holidaymakers.

And the new bridge isn’t even the scariest in the world.

One 100m (328ft) ‘bending’ bridge opened in China last year, with many thinking it was too crazy to exist.

The bridge is suspended 575 feet above the ground, with a steep drop into the river and the cliffs below – and is the longest pedestrian suspension bridge in the world.

And in 2018, China opened a £15 billion (about $18.5 billion) bridge spanning 34 miles from Hong Kong to Macau – which is the longest sea crossing ever built.

This story originally appeared on The sun and has been reproduced here with permission.

Travel worry-free in California with these 7 tips

‘Stanley Tucci: Searching for Italy’ Season 2: What’s on the Menu in Piemdont