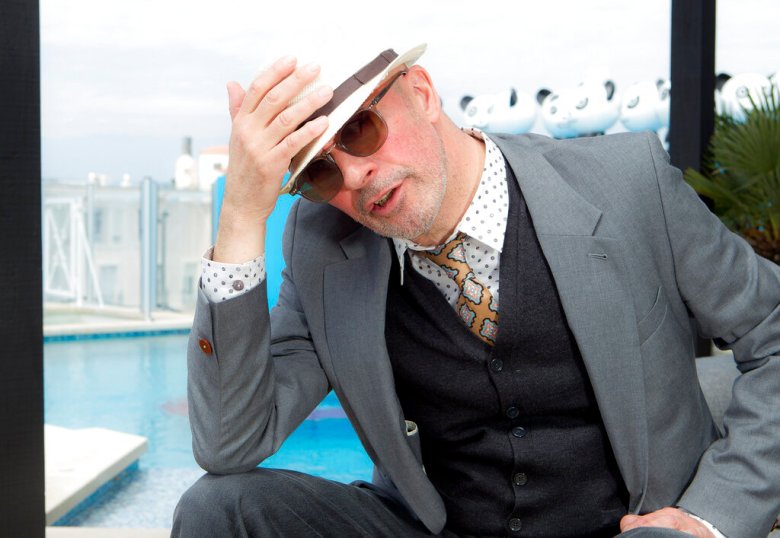 The filmmaker explains to IndieWire his intention to remain an international director and why his latest effort felt like a first film.

Many directors hesitate to work outside their mother tongue, but Jacques Audiard learns to adopt it. In 2018, he made his English debut with the western “The Sisters Brothers”, and while he continued with a return to France for the anthology drama “Paris, 13th arrondissement”, even as this film opens in the United States, he has another international project on the horizon.

“I think it was Truffaut who said that our current films always work against previous films that we’ve made,” Audiard said in a recent interview with IndieWire. “I’m not sure I’m okay with that.”

Earlier this year, Audiard traveled to Mexico to research “Emilia Perez,” a Spanish-language musical written with French singer-songwriter Camille about a sex-changing drug mule. That might seem like a big gamble for the director of brawny redemption stories like “A Prophet,” “Rust and Bone,” and “Dheepan.” However, with “The Sisters Brothers” and now “Paris, 13th arrondissement”, Audiard has been drifting in new directions a lot lately.

“For a very long time, I have had the greatest desire to make a film as if it were my first film, as if the first film was a genre in itself,” he said. “It’s a film that really lets go, which is perhaps less formal or which remains in a formal spirit, a little freer, lighter, younger. And it’s also a film full of flaws.

It’s “Paris, 13th arrondissement”, a black and white adaptation of short stories by graphic novelist Adrian Tomine that transports them to the city of love. The film drifts through a series of seriocomic encounters that constitute a collage of contemporary youth culture. Her set includes Lucie Zhang as a Taiwanese party girl whose alliances with various men become problematic when one of them is her roommate, and that same roommate’s own fling with a failed academic (Noémie Merlant), who walks into her own strange relationship online with a working sex. A jagged album of neurotic characters and quirky romantic entanglements, “Paris, 13th Arrondissement” feels like the work of a filmmaker totally different from the 69-year-old auteur.

“For a very long time, I wanted to make a film that was a love story,” Audiard said. “It’s something that’s been on my mind for a long time. I really wanted to take the characters and find a way to bring them together and unite them so that their stories intersect.

This opportunity was facilitated by the two screenwriters of the project. “Portrait of a Lady on Fire” director Céline Sciamma wrote the first draft, which was later updated by Léa Mysius, who debuted with “Ava” in 2017 (her second effort, ” The Five Devils”, is expected in Cannes this year). “There were instances where Léa came up with things that would never have occurred to me, which we could perhaps call — in quotes — a more ‘feminine’ take on those things,” Audiard said.

Audiard said he was also concerned about shooting the film’s sex scenes through the lens of a male gaze. “It was something that made it uncomfortable,” he said. “My actors had two coaches that they worked with. It’s their contribution to the scene and not something that I direct. The actors worked very closely with each other and their coaches away from me on those scenes to the point where they really chose what they wanted to do and how they wanted to portray it through their characters. However, Audiard mandated the dialogue that takes place during these scenes. “These are people who talk, they talk all the time, even making love,” he said. “I just wanted it to be funny.”

When “Paris, 13th Arrondissement” premiered at Cannes last year, it marked Audiard’s return to the festival’s revered competition, where it won the Palme d’Or for “Dheepan.” When “The Sisters Brothers” was released, however, the filmmaker said he would never screen another film in that section of the festival. “I don’t feel the need to compete anywhere,” he said at the time.

So what has changed? “I think COVID has a lot to do with it,” Audiard said. “Cannes was canceled and then the following year it was postponed to July. In that time, I had the opportunity to review it. I just have to learn to stop. At some point, I have to give way to the next generation.

But Audiard is not slowing down. “Emilia Perez” was originally slated as her next project after “The Sisters Brothers,” but the pandemic has made it difficult to schedule production outside of France. Initially, Audiard envisioned the Mexican project as an opera, but was ruled out when a musician friend said he would have to write an hour and a half of music. “He said, ‘You don’t really want to do that,'” Audiard said.

The international approach is ambitious for a revered filmmaker whose country invests a lot of money in film production, far more than anywhere in North America. He recognized the risk. “It’s a complicated situation,” Audiard said. “If you look at film production in other countries in Europe, for example in Spain or Italy, the cinema there is still dead. There’s not a lot of production going on because they don’t have that kind of protective aspect that our government has put in place for us. All of this must sound very strange in the United States.

He wasn’t averse to working with Netflix, which recently pledged to invest $45 million a year in French productions, despite his reservations about what that might mean for the future of theatrical releases. “My filmmaking history and culture is really filmmaking seen in a theater with an audience and sharing all of that experience,” he said. “But when it comes to how I’ve set up my own projects – who’s to say where my next film will be down the road?”

However, he expected to return home after his Mexican project ended. “Actually, I wouldn’t mind doing a sequel to ‘Paris, 13th arrondissement’,” he said.

IFC Films is releasing “Paris 13e” in theaters and on various VOD and digital platforms on Friday April 15.

Register: Stay up to date with the latest film and TV news! Sign up for our email newsletters here.