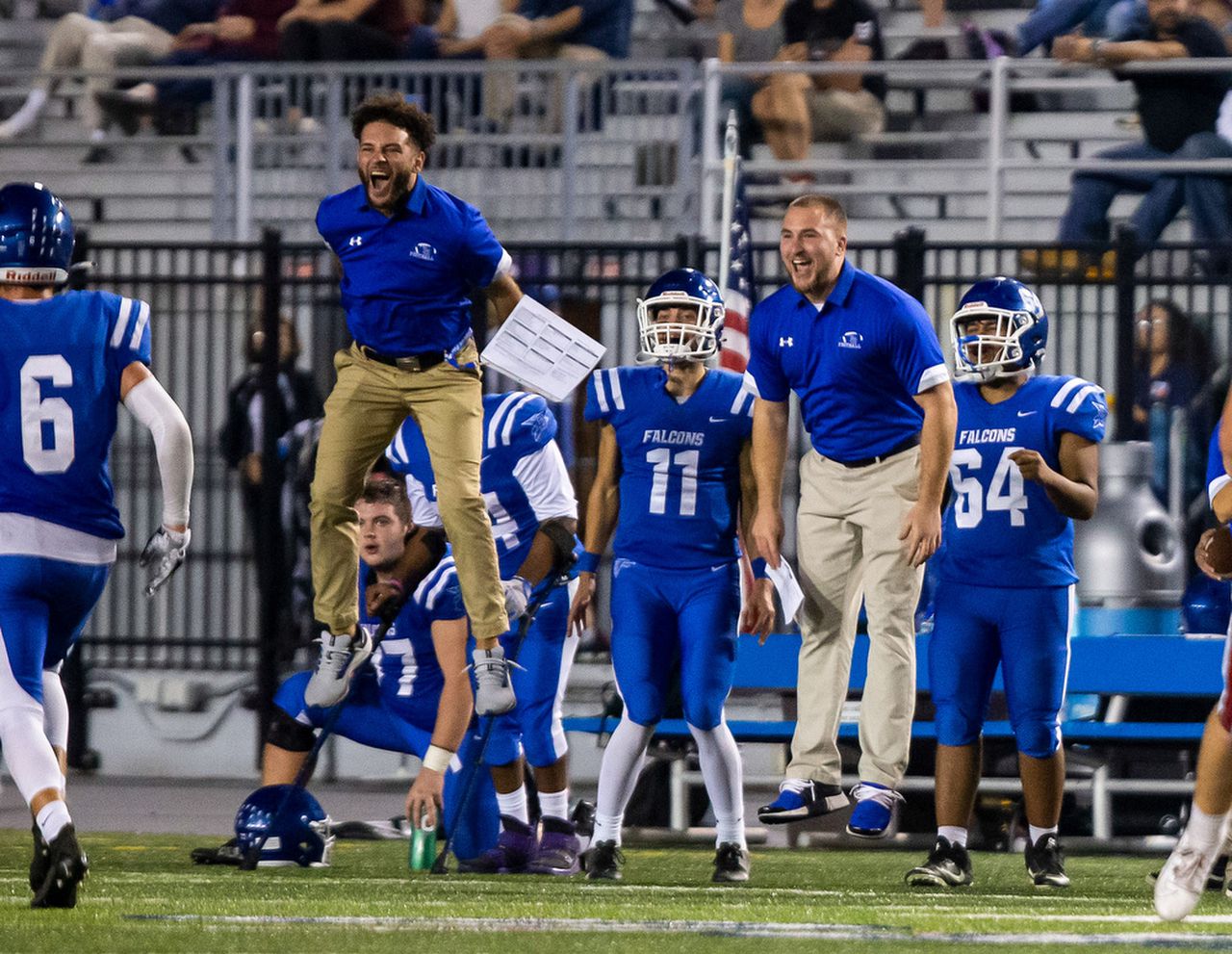 TOWNSHIP OF DERRY – Lower Dauphin, plagued by penalties and untimely turnovers in the second half, had to rely on his defense for a huge save late in the fourth quarter to maintain a precarious 6 point lead.

The Falcons handed football back to Red Land on its 47 with 5:38 to go. Lower Dauphin’s defense dominated on a fourth and a 5, regained possession in their 40s and ran the remaining 4 minutes to secure a relentless 34-28 victory over the Patriots on Friday night in a Keystone division in the conference of Mid-Penn game at Hersheypark Stadium.

The Falcons have already been burned by a turnover once in the second half when a long snap was abandoned by his punter, who was deemed in possession of the ball with a knee down on the Lower Dauphin 18.

Five plays later, Red Land’s Kaden Peifer scored on 4 yards to close the lead to 6 points with 10:59 on the clock.

The victory took Lower Dauphin to an overall rating of 4-3 and a Keystone record of 3-2 and maintained their hopes for a District 3 playoff berth, 5A. The Falcons face Hershey (1-7) next week. Red Land drops to 2-6 overall and 2-3 in the conference.

Red Land quarterback Roman Jensen made 19 pitches for 259 yards and 3 touchdowns. Sam Sklar (9-157) caught two of those touchdown passes and Anderson French scored for the third.

DETERMINING MOMENTS FOR THE GAME

Lower Dauphin stuffed Jensen on a fourth and 5 points from his own 42 to return the ball on the downs, canceling out what could have been a very damaging turnover.

The Falcons scored in their first practice of the second half with Landis hitting Millhimes with a 38-yard touchdown pass.

After Red Land responded with his own TD – Landis caught up with Fortney for a 59-yard TD branch, which turned out to be the deciding score.

â€œI saw the open field to my left and thought, I’m going to use my legs and try to go down first. Like the coach always says, you have to be a winner, and I took the plunge and was the first to drop out. It was awesome. Impressive.” – Lower Dauphin quarterback Braden Landis.

â€œI can’t say much because I just came from a hip injury. We just listened to the coaches, performed like we’re supposed to and did. Our sideline kept us high, kept us motivated,– Lower Dauphin running back Jacob Kauffman.

â€œIt’s been two games in a row since we had to negotiate the end. Our children learn to take, run with and absorb the moment. Our team really showed that courage to come out on top. Our kids didn’t move their feet, it was a hotter day in mid October and we showed fatigue and that’s why we had these penalties. We cannot afford it. One game at a time. Our motto is’ win October. “- Lower Dauphin Head Coach Josh Borreli