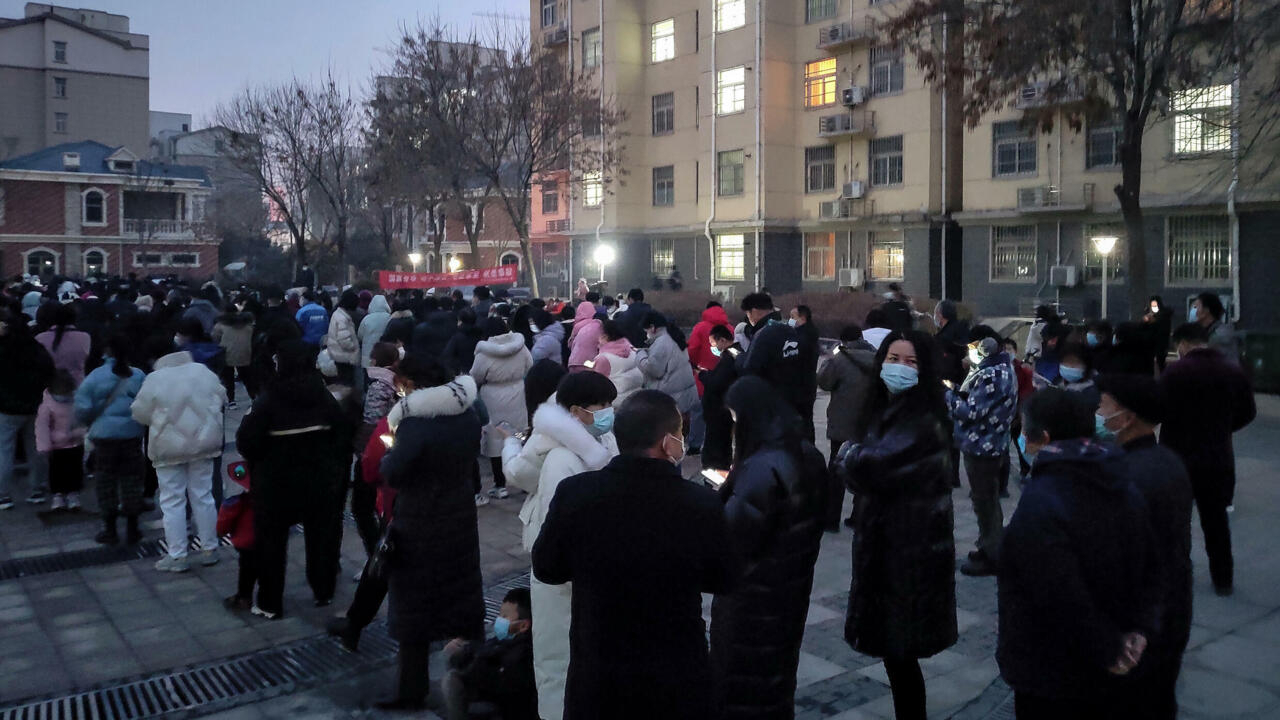 Beijing (AFP) – Five million residents of a central Chinese city began home containment on Tuesday as part of a new lockdown to curb the spread of the highly transmissible Omicron variant of the coronavirus, according to official media.

Beijing is on high alert for new outbreaks as it prepares to host the Winter Olympics next month, sticking to a “zero-Covid” strategy of targeted lockdowns, border restrictions and lengthy quarantines.

While these measures have kept the number of new cases well below hot spots of the virus in the United States and Europe, Beijing is currently battling local outbreaks in several cities.

The rapidly spreading Omicron strain presents a new challenge, with two cases in Anyang – the newly locked down city of Henan Province – linked to a growing cluster of infection in the northern metropolis of Tianjin, some 400 kilometers (250 miles) away. .

Authorities in Anyang announced the lockdown on Monday evening, issuing a notice ordering residents not to leave their homes or drive cars on the roads, state news agency Xinhua reported.

All non-essential businesses were shut down and a mass testing campaign was launched “to respond to the serious situation of controlling the epidemic and strictly preventing the spread of the Omicron virus outbreak,” Xinhua reported.

There have been 58 new local infections reported in Anyang, state broadcaster CCTV said on Tuesday, bringing the city’s total number of cases to 84 since Saturday.

It was not immediately clear whether the new cases were related to the Omicron variant.

The city had previously restricted overseas travel, which local officials said was aimed at “ensuring the epidemic does not spread abroad.”

At least three cities in Henan are grappling with emerging epidemics, with the provincial capital Zhengzhou closing schools and kindergartens and preventing restaurants from accepting diners.

Last week, one million people in Yuzhou City were ordered to stay at home.

Elsewhere, Tianjin – a large port city just 150 kilometers from Beijing – has banned people from leaving without official permission, ordered the test of 14 million residents, and canceled trains to the capital.

Tianjin is adjacent to the Olympic Winter Games venues in Beijing and Hebei province and has confirmed another 10 new locally transmitted cases after mass testing across the city.

The northern city of Xi’an is in its third week of containment as it tries to eradicate an epidemic of 2,000 cases.

And after registering a handful of cases in recent days, Shenzhen – a southern tech hub just across the border from Hong Kong – has locked down some residential complexes, launched a mass testing initiative, and closed some bus stations. long distance.