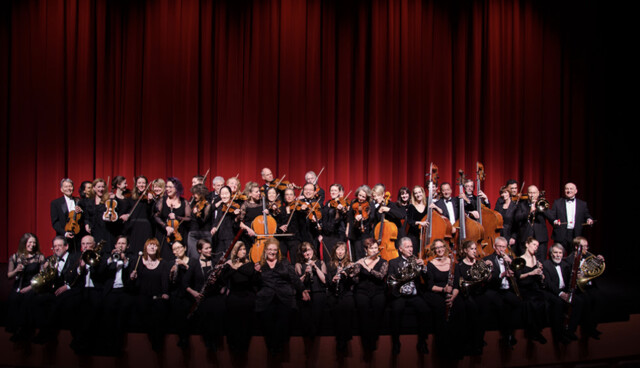 The Okanagan Symphony presents “The Sacred and The Profane” in its upcoming March concert series.

Performances will take place March 4 at the Kelowna Community Theatre, March 5 at the Cleland Community Theater in Penticton and March 6 at the Vernon and District Performing Arts Centre.

“Composers are inspired to create from a wide variety of life experiences providing their listeners with rich and varied repertoire choices. French composers have often been influenced by church and cabaret, and this concert celebrates that juxtaposition,” said Rosemary Thomson, Music Director.

The OSO Choir will be back for the first time since December 2019. The first half of the concert is the setting to music of the Requiem Mass by Gabriel Faure.

Moving away from the church, the overture to Offenbach’s Orpheus in the Underworld will take you to the more bawdy side of Paris, the Okanagan Symphony said.

Lorraine Min, who holds a master’s and a doctorate from the prestigious Juilliard School of Music in New York, will perform in Saint-Saëns’ second piano concerto.

“This concerto begins with a tribute to the great organ improvisations of JS Bach and ends with a wild and passionate tarantella dance,” said Thomson.

“One of my favorite combinations in music is the layering of vocals and orchestra in any style. I can’t wait to share the stage with Judy Rose as she channels Edith Piaf and be joined by our OSO choir and our soloists for Fauré Sincere Requiem.