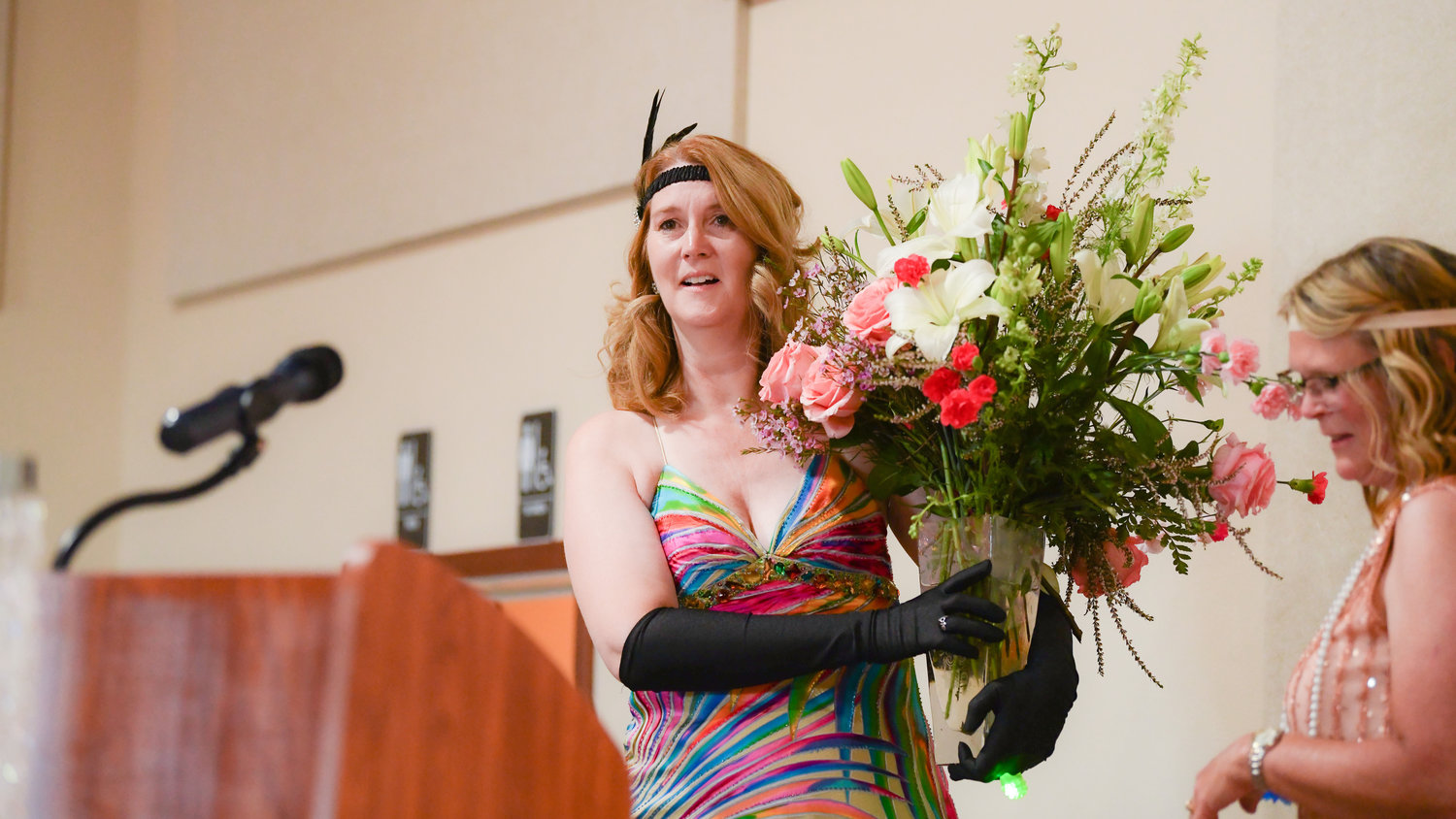 For her service to the community as an elected official and volunteer, Centralia Mayor Kelly Smith Johnston was named a Woman of Distinction at United Way of Lewis County’s annual ‘Power of the Purse’ event on Tuesday night .

The Jester’s Auto Museum was decorated with raffle handbags, chains of jewelry, flowers, candles and feathers for the 1920s-themed event. Guests were also dazzled, with the mostly female crowd wearing flapper dresses and headbands.

Earlier this year, Women United embarked on a new project, with Smith Johnston in the lead, called ‘Supplies Period’. which aims to place free vintage supplies in school toilets.

With the help of Angela French, who works for the United Way of Pacific Northwest, Smith Johnston launches the project with a pilot program in Centralia schools. She said her end goal was to get a “period of supplies.” in Lewis County schools.

Reverend Alta Smith, who is Smith Johnston’s mother, spoke at Tuesday’s event, speaking about the role of women in inspiring and pushing each other to face their fears.

In presenting the award, last year’s recipient, Lynn Braun, Chair of the United Way of Lewis County Board of Trustees, said Smith Johnston “inspires others to lead with integrity. Her heart is with her community, she wants to see it prosper now and in the future for generations.

In accepting the award, Smith Johnston spoke of the challenges of being a single mother in Lewis County, but over time she was nurtured and accepted by her community.

“I ran for office because I wanted to give back to this community that had given so much to me and my family. I think I have a long way to go to pay this debt, but I thank you all for the opportunity to serve you, to serve Centralia, and to be part of this sisterhood. I just feel like, really, we should have everyone on this stage.