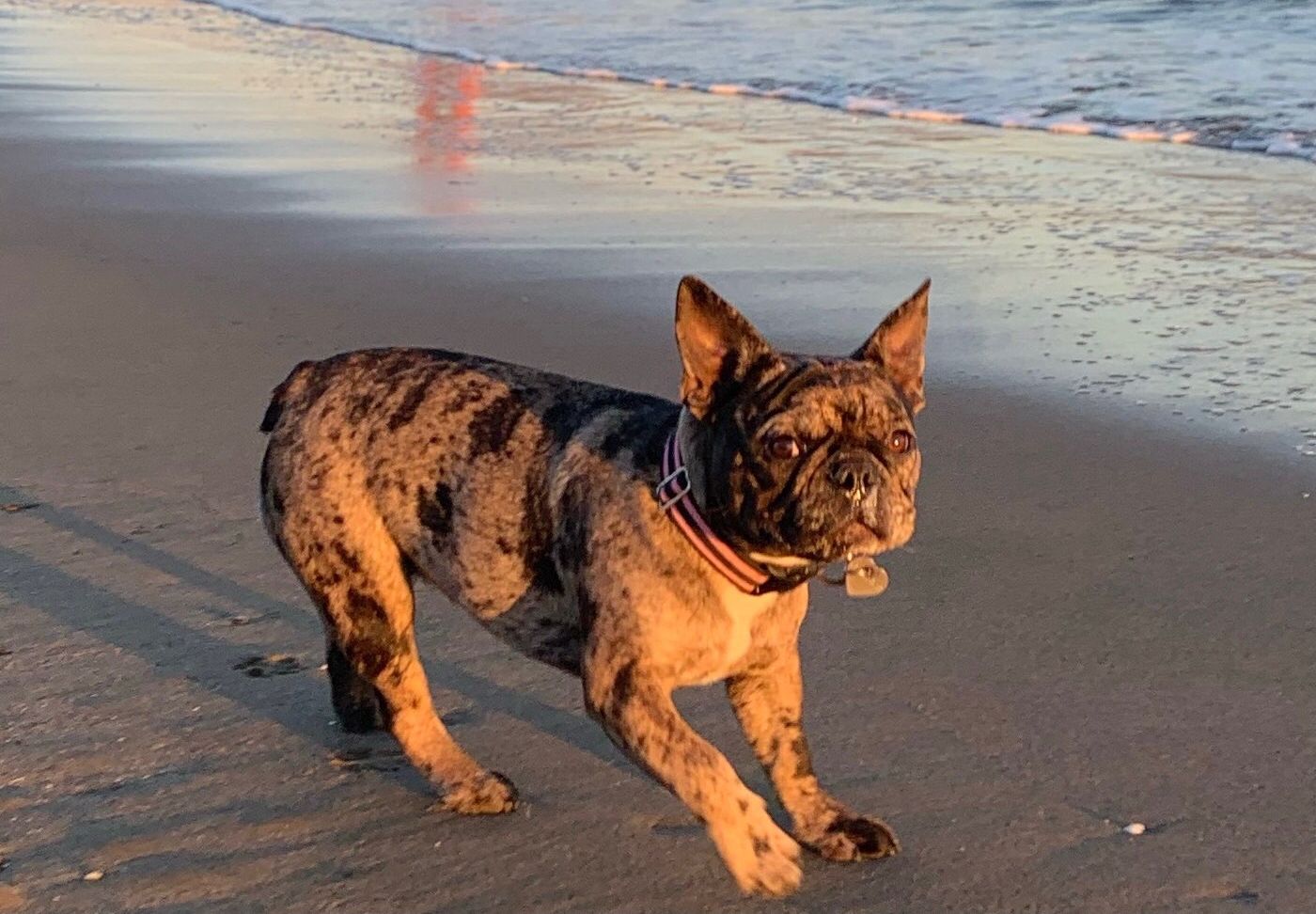 â€œRosie,â€ a nine-month-old French Bulldog Merle, was abducted from its owner around 10 am Saturday near Broderick and Beach streets in the Marina District of SF; neither the puppy nor the suspect has yet been found.

Dognappings rate, especially those involving popular breeds (like the Frenchies) have skyrocketed during the pandemic. Last year alone there were numerous high-profile local dog thefts in the Bay Area – many thieves smashed car windows to tear off dogs while their owners were briefly away. Others have been held at gunpoint, forced to hand over their beloved dog or face an abrupt end to their stay on this deadly reel.

Sadly, Rosie’s violent robbery yesterday proved that this increase in dog catches could follow us into the New Year.

“This morning at 10:05 am Rosie, a 9 month old French Bulldog, was out for a walk with her owner near Broderick & Beach in the Marina,” San Francisco police tweeted on Saturday. “A suspect approached and violently stole the dog from the owner. The suspect fled with Rosie in a silver Chrysler 200 with 7JPM partial plate.”

As the Chronicle noted, French Bulldog puppies can fetch high prices; a 20 week old French Bulldog can often be listed for well over $ 6,000. And it’s pretty common now to see Craigslist ads featuring stolen dogs for sale. (More accredited online sites, like PuppySpot and Pet Finder, have more stringent listing requirements and verification protocols that make it harder for crooks to sell dogs that, in fact, aren’t theirs.)

If you see Rosie posted somewhere online or IRL, or if you’ve spotted this Chrysler 200 driving around, be sure to contact the SFPD advice line at (415) 575-4444; details can also be left anonymously.

Related: A dog stolen from the Ferry Building on Saturday was found and found with its owners; The suspect was detained

Travel restrictions in France: Can I take the Eurotunnel from the UK?