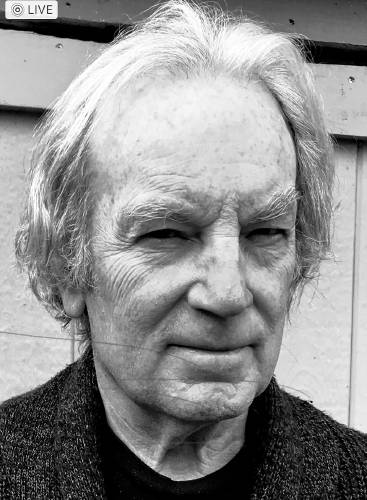 Nearly three decades ago, in October 1993, voters in the town of Greenfield rejected two referendum questions regarding a big-box store on the French King Highway. In a 4-page newsprint flyer I wrote for the We’re Against the Wal committee, which was inserted into the Recorder, I noted, “Greenfield has a much better way of creating new jobs and expand our property tax base. Look at what our investment in the industrial park has produced. 400 jobs and an annual payroll of $10 million. Investing in manufacturing has really paid off. Greenfield has only 85 usable acres of industrial land left. Everything is almost gone. We need to develop a clear “manufacturing game plan” designed to save land for new or expanded industries that will add to our job base. The jobs we create will be better paying local jobs, and our money will stay local to be recycled.

The Franklin County Chamber of Commerce agreed. They sent a letter to the Greenfield Planning Board saying, “In the long-term interests of Greenfield and Franklin County, the benefits of industrial growth planning far outweigh any short-term gains that may be expected from large-scale retail expansion. in this location. We must now prepare for the time when local or relocated businesses can no longer be accommodated within the I-91 park or other industrial zones. The industrial assessment sits at 3% of the city’s total taxable assessment. We have 7 times more evaluations of commercial properties than we have of industrial ones. We have been content for years to see industrial uses move to other cities. We must not miss any opportunity. »

But in January 2004, Greenfield voters approved a ballot question to rezone 36 acres of industrial land on the west side of the French King into commercial. “This land has been industrial since zoning was passed,” I wrote in My Turn. “As industrial land, it can be used in its own right for business and professional offices, an office park, a distribution center or warehouse, a contractor’s yard, etc. For nearly 10 years, Greenfield has worked to expand its industrial land base. The ‘Consensus’ project concluded that ‘the general opinion of the participants was to focus on industrial development and tourism’.

In March 2017, our City Council considered a proposal to allow petrol stations and drive-through restaurants to locate on the French King. The Greenfield Planning Board voted 4 to 1 to oppose the expansion of commercial uses. I testified at the council meeting that the 10 acre Mackin parcel should be rezoned to General Industrial. “There are things that could happen to this land that would be much more beneficial for jobs and the financial impact for the city,” I said. “We say we want well-paying manufacturing jobs – then we fill in the ground we have with retail clutter. Minimum wage jobs are already an important part of our local economy. Financially for the city, it would be more logical to rezone the King of France as an industrialist. The service station proposal was withdrawn.

But in 2019, it resurfaced. A deal has been struck between two city councilors to back a vote to destroy the city’s “green entrance” along the French King Overlay neighborhood, in exchange for a councilor’s vote for a new library. The council succeeded – by one vote – in approving the library, having first voted to expand the gas stations and drive-in restaurants on the French King. The council’s vote for the library was contested in a referendum in November 2020. The library won, the French King Overlay District was given up but no gas station or restaurant ever came.

More than two years after a Massachusetts judge ruled Greenfield could grant a special permit for a big-box store, the Ceruzzi property on the French King was still empty. Walmart was too busy battling Amazon online to build new stores. Mayor RoxannWedegartner – to his credit – proposed in August 2022 to rezone 11 properties along the French King from commercial to planned industrial. “We lack land in the industrial park,” she explained. “I hope the rezoning of these plots will serve as a catalyst for job creation and economic development.”

It will be. I have been certain of this since 1993. Six months ago, I received a phone call from the boss of an industrial company, asking me how I would react if his company moved to the Ceruzzi property. “I’m more than 100% behind you,” I replied. “This is the best news I’ve heard in 30 years.”