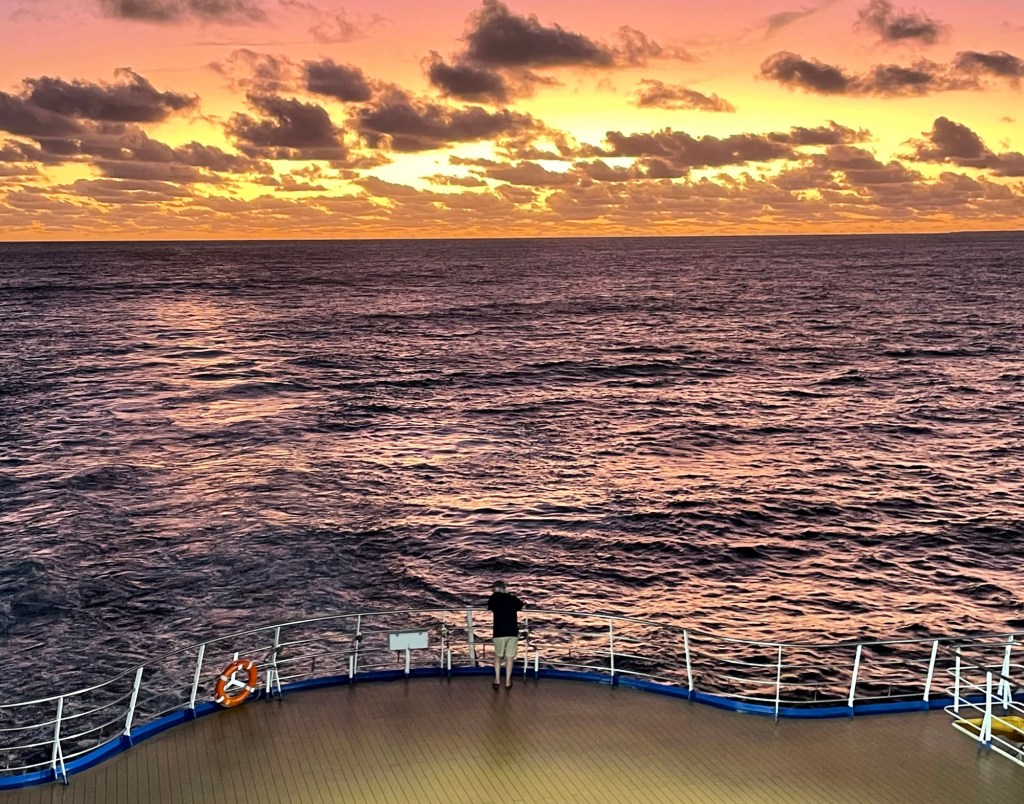 My wife turned 39 again a few weeks ago and wanted a bit of adventure for her birthday, so we decided to log off for a few weeks to see what life was like at the end of the world – the faraway islands of the Marquesas Islands in French Polynesia — 3,500 nautical miles from home.

To get there, you fly three hours past Hawaii to Tahiti, hop on a freighter/passenger ship, the Aranui 5 – which also brings supplies to the six islands every two weeks – and sail the Pacific for another day and a half to find the heart of Polynesian history and culture.

It’s a rare glimpse into the past and present of these proud warriors whom Americans too often encounter only when they are served dinner or their room is cleaned. Tourism in Hawaii and Tahiti pays its bills, but it’s in the remote islands, like the Marquesas, that the driving force is found.

Our plan was to go cold turkey. No internet, TV, smart phones or Yahoo News to let us know how sexy Demi Moore looks in a bikini at 60. You know, the basics of life.

I made it to day six before I cracked up and sneaked into a little internet cafe – the Mango Bar – on the tiny island of Hiva Oa to see how the Dodgers were doing and if anyone noticed I was gone. What’s the point of leaving the network if no one notices?

Wi-Fi is $3, beer $6. I tuned in to the latest news that Steve Bannon has been found guilty. The Irish couple I was with – Billy and Dorothy Lutton from Dublin – bought a tour for the house.

The Aranui 5, billed as a “cargo to paradise,” was a floating UN of countries. There were 14 people pictured on board: 56 French, 30 French Polynesians traveling between the islands, eight Germans, seven New Zealanders, five Spaniards, four Australians, a couple from Ireland, Canada and the Netherlands, and a Austrian, Belgian and Romanian.

And us naughty Americans.

Most Americans go to the Caribbean or Hawaii and don’t take the extra three hour flight to visit the Tahitian islands, which is a shame because they have their own unique beauty and archaeological sites, and Polynesians tend to like Americans.

It’s the French that many of them resent, for having taken Tahiti as one of its colonies in 1880, said Polynesian historian Keao Nesmitt, a lecturer on the trip who grew up in the Marquesas. It was quite a brave comment considering that almost half of the passengers were French citizens.

“Overall, I hear a lot more compliments about Americans than about French people, although there is confusion now,” he said. “The ideal of the American dream against armed violence and chaos is a big headache for the Polynesian people.”

It’s a big headache all over the world, said a young Romanian woman who has traveled extensively on business. “When I was growing up, your country was the American dream. We all wanted to live and work there.

“Today no one in Romania grows up dreaming of coming to America. It’s sad. You were Disneyland to us.

I asked the Germans what they thought, but they said they didn’t know English and ignored the question, like most French people. I shouldn’t read too much on this, said our English-speaking guide, Frank Macken, who also acted as French guide.

“Ah, the French,” he said, taking a drag from his Pall Mall. “You tell them to go and they won’t. You tell them not to go, and they go. They are free spirits.

Which brings me to the Irish, Australians and New Zealanders we shared tables with at dinner, and jockeyed for that last free glass of wine. They also thought the situation in America right now is a real headache.

“So what do you think, Billy?” I asked my new Irish friend, a real free spirit.

Ah, the Irish. I’m thinking of doing a cultural and archaeological pub crawl in Ireland with Billy for my next birthday.

Dennis McCarthy’s column airs Sunday. He can be reached at [email protected]

Notre-Dame on track to reopen in 2024 – French culture minister