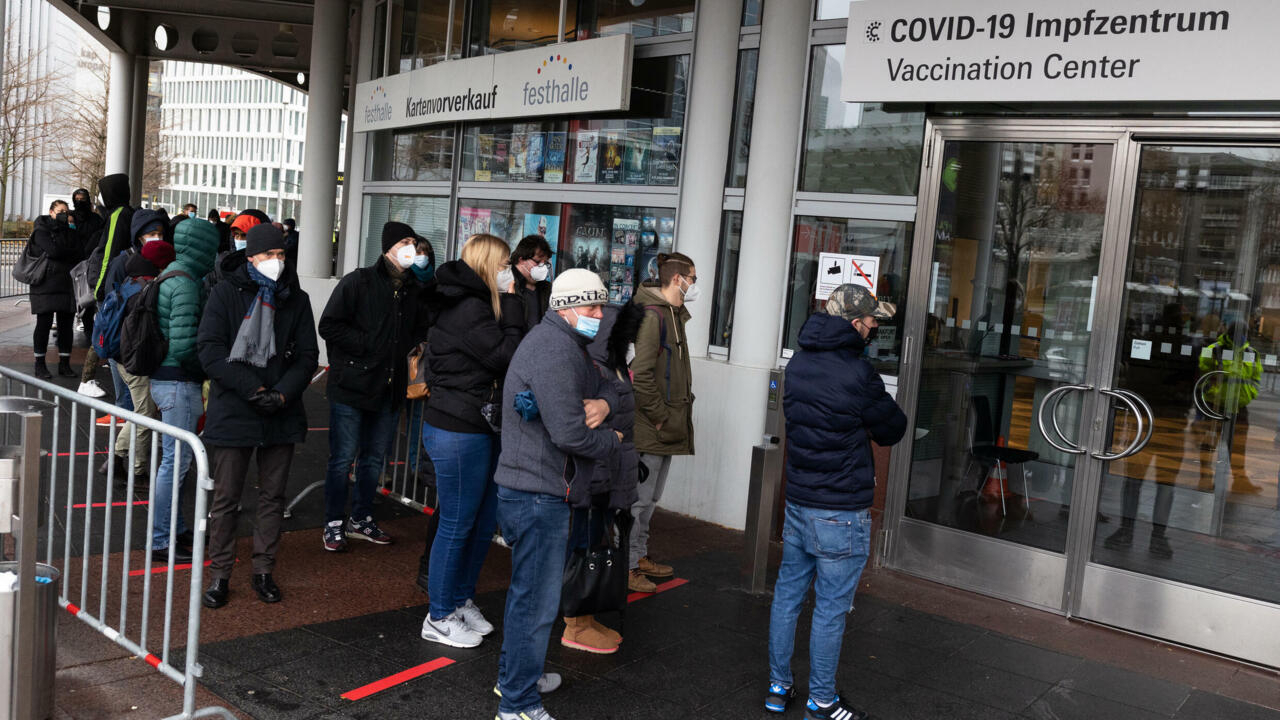 Geneva (AFP) – The World Health Organization has warned that blanket travel bans will not prevent the spread of Omicron, as more countries rushed to impose restrictions and the first cases of the new Covid strain were detected in Latin America.

In the week since the new virus strain was reported by South Africa, dozens of countries around the world have responded with travel restrictions, most targeting countries in southern Africa.

In a travel advisory, the WHO warned that the bans could ultimately deter countries from sharing data on the evolution of the virus.

But he advised unvaccinated people vulnerable to Covid-19, including those over 60, to avoid traveling to areas of community transmission of the virus.

WHO chief Tedros Adhanom Ghebreyesus said it was understandable for countries to seek to protect their citizens “against a variant that we do not yet fully understand”.

But he called for the global response to be “calm, coordinated and coherent”, urging nations to “take rational and proportionate harm reduction measures”.

The likely futility of broad travel restrictions was highlighted as Dutch authorities reported Omicron was present in the country before South Africa officially reported its first cases on November 25.

The new variant – whose high number of mutations, according to the WHO, could make it more transmissible or resistant to vaccines – was found in two Dutch test samples from November 19 and 23, one with no history of trip.

So far, more than a dozen countries and territories have detected cases, including Australia, Britain, Canada, Hong Kong, Israel, Italy and Portugal.

Latin America reported its first two cases on Tuesday – in people who traveled from South Africa to Brazil – and a first case was confirmed in Japan, a day after banning all foreign arrivals.

However, US President Joe Biden has said travel bans only to southern African countries will remain in place, without reference to other places where Omicron has been detected.

Asked about the length of travel restrictions that went into effect Monday in South Africa and seven other countries in southern Africa, Biden said it “kind of depended.”

“We will learn a lot more over the next two weeks about the lethality of this virus, how it spreads, what we need to control, etc.,” he told reporters.

When asked if an extension of travel restrictions to other countries could be made suddenly, as happened under former President Donald Trump, Biden said: “Unlike Trump, I am not shocking our allies. “

In Asia, governments continued to expand restrictions on Wednesday, including Indonesia adding Hong Kong to its list of travel bans alongside various African countries.

While much is still unknown about the Omicron variant – it could take weeks to determine if and to what extent it is vaccine resistant – he stressed that the global fight against Covid-19 is far from over. .

Omicron emerged as much of the northern hemisphere was already bracing for another winter wave of the pandemic – leaving even countries with high vaccination rates struggling to contain the surge in infections and prevent them. health services from being overwhelmed.

Britain has set a target of issuing a third jab to all adults within two months.

While the European summer of fleeting freedoms from Covid may be over, in the southern hemisphere, the Pacific island of Fiji ended 615 days of international isolation on Wednesday and reopened its doors to tourists.

Traditional dancers in grass skirts greeted Sydney holidaymakers, the first in an expected flood of desperately needed tourists in the weeks to come.

Fiji Airways chief executive Andre Viljoen said it was a “momentary” event, where tourism accounts for around 40% of the economy.

“The reopening of the international border will boost Fiji’s economy,” he told reporters.